Napoleonic Association: “the level of research is extraordinary”Keith Oliver recently wrote the following review for The Adjutant, the journal of the Napoleonic Association;“Boxtel is unlikely to be named amongst the great battles of the Revolutionary or Napoleonic Wars, yet it takes its place in history as the first battle in which the Duke of Wellington, then Lieutenant Colonel Arthur Wesley was involved. His actual participation is, however, unknown as until he came to prominence during the Peninsular War his presence at the battle was not noted.Boxtel was fought during the Duke of York’s campaign in Flanders in 1794. The British forces were withdrawing upon the Meuse, but finding their defensive position weak General Abercromby sought permission from the Duke of York to advance to retake Boxtel. Permission was granted but finding the French in greater numbers than anticipated Abercromby ordered a retreat. During the withdrawal the 8th Light Dragoons put the 1st Foot Guards into confusion upon the narrow lanes. The French saw their chance, but the 33rd, under Wesley, deployed across the entrance to the lane and delivered a volley at 50 yards, holding off the French while the Guards recovered and withdrew.This book, the first by the author seeks to provide a guide to the battle for both historians and wargamers, and pulls together the various reports, although he acknowledges that French and Dutch accounts come from other authors.The copious notes and bibliography indicate the amount of research which has gone into the book, which in total only runs to 66 pages.For such a minor battle the level of research is extraordinary, however, I found the layout a little confusing, as the initial description of the campaign was then separated from the action itself by biographies of the various commanders. The booklet then explains how the battle can be fought as a wargame before providing individual reports of the battle by those who were there.This may be a minor quibble and perhaps I prefer my history as more of a story, which flows naturally through the book rather than jumps around. That said there is no doubt that Garry has researched the topic in depth and provides a guide to the action, the personnel, and uniforms, indeed everything anyone researching this campaign or recreating the action in miniature would require. To that end it does what it says on the cover.I hope that Garry having found this formula will go on to cover other actions of the period, to provide an invaluable addition to the literature which currently exists.” 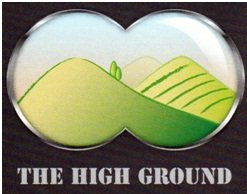 “Picked it up from the post office today and found it a very engaging read. Uniquely it has an extensive guide to wargaming the battle using GendBrigade, Black Powder and Volley and Bayonet rules. I’m hoping the author does other titles in the future because I realy enjoy both his personable approach and wargaming slant. Also part of the proceeds go to Project Hougoumont. “ Maxshadow TMP – http://theminiaturespage.com/

Major Gordon Corrigan “Well done! It has obviously taken a great deal of research and you have made an important contribution both to the study of the man himself and to the conduct of war at the time. It also looks good, good paper and well chosen illustrations.”